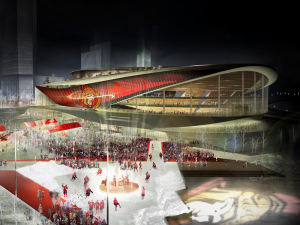 The second-place bidder for the original $4 billion Ottawa LeBreton Flats development initiative has been invited to the table as mediation talks between original finalist’s warring partners get under-way. The Devcore Canderel DLS (DCDLS) team has been invited to join the talks with RendezVous Lebreton, a partnership between Ottawa Senators owner Eugene Melnyk and Trinity […] 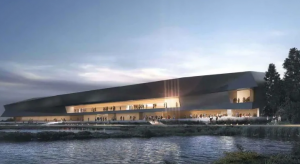 The Federal Economic Development Initiative for Northern Ontario (FedNor) has announced a $3.5 million contribution for the construction of a proposed new art gallery in Thunder Bay, Ontario. The proposed 40,000 sq. ft., two-storey building is planned to be located south of the Spirit Garden, on Tugboat Basin. The facility would include an event hall […] 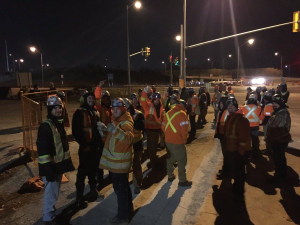 Police were called to a Windsor overpass construction site when a dispute between two unions about who should be working on the project reached the boiling point. The Windsor Star reports that Ironworkers Local 700 members “showed up in large numbers on the construction site” in the evening of Jan. 14 when workers were to […] 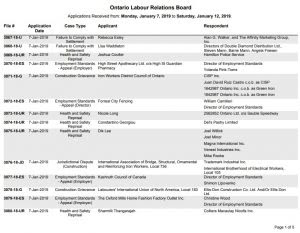 Here is the list of applications to the Ontario Labour Relations Board (OLRB) for the week beginning Jan. 07, 2018. 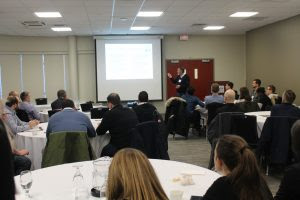 While laying concrete floors on the surface may seem to be one of the simplest construction challenges, Geoff Kinney, executive director of the Concrete Floor Contractors Association (CFCA) figuratively poured cold water on that assumption at a recent presentation to the Ottawa Chapter of Construction Specifications Canada (CSC). In fact, the class or exposure, ambient […]