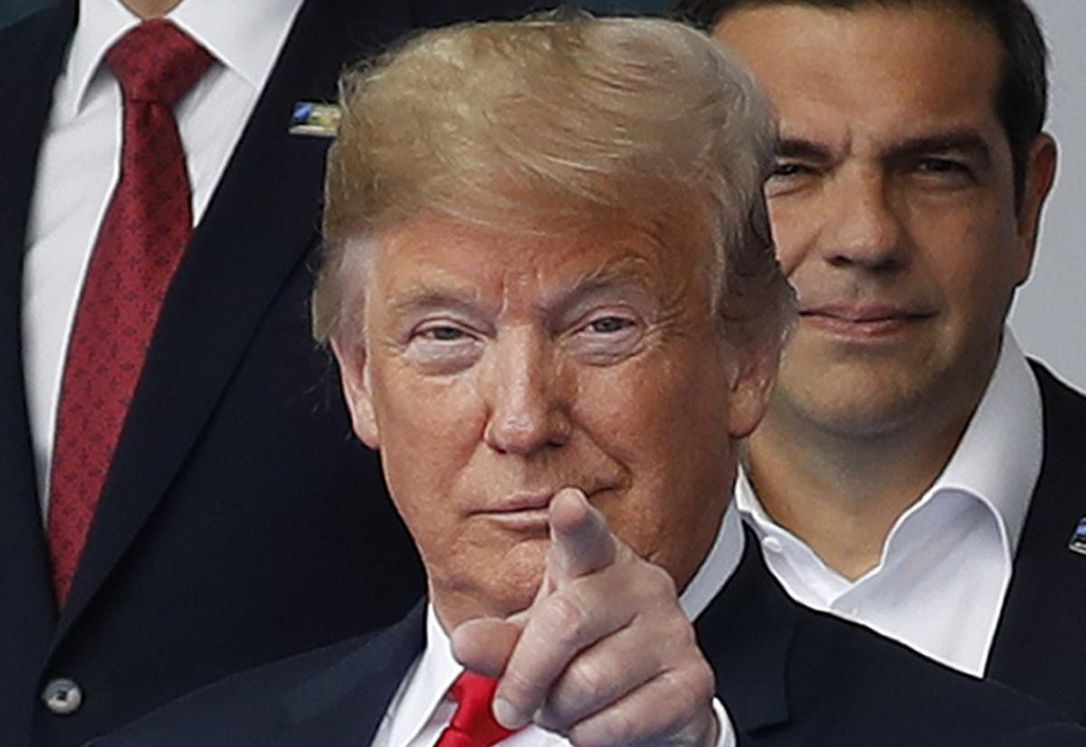 Everything you wanted to know about the Canada-U.S. trade war but were afraid to ask | The Star

OTTAWA—Stock up on non-perishables and hunker down. The Great North American Trade War is upon us.

For the first time in a generation, goods and services accustomed to moving freely between Canada and the United States are being constricted by protectionism. The U.S. has imposed tariffs on Canada. Canada has responded in kind.

U.S. President Donald Trump started an international trade war by introducing tariffs on products produced in other countries. So far, no country has backed down.  (Pablo Martinez Monsivais / AP)

But while there’s been plenty of chatter and analysis about this, the novelty of open animosity across the world’s longest unguarded border can cloud the basic details of what’s going on.

So here it is: Everything you’ve wanted to know about the Canada-U.S. trade war but were afraid to ask.

Okay. Bring me up to speed.

Much like the rest of America’s trading partners, Canada wasn’t too happy about this. Prime Minister Justin Trudeau took to the microphone the day after the tariffs were imposed and called the situation a “turning point in the Canada-U.S. relationship.” He announced Canada’s intention to respond with tariffs of its own — not only on U.S. steel and aluminum, but a grab bag of products that ultimately included American-made maple syrup, orange juice, ketchup, inflatable boats, dishwashers, whiskies, hair lacquers, candles, insecticides, fungicides, herbicides, strawberry jam, pizza and quiche, soya sauce, gherkins and more. It’s a long list.

By July 1, Canada and the U.S. had imposed billions of dollars in tariffs on each other’s goods. As Canada’s Foreign Minister Chrystia Freeland put it: “We will not escalate — and we will not back down.”

Right. So how does this affect me?

If you work in the Canadian steel or aluminum industry, which sends the vast majority of its exports (85 per cent for steel and 87 per cent for aluminum) to the U.S., you already know things are serious. Your No. 1 customer is now less likely to buy your stuff.

On June 29, the same day Ottawa unveiled its finalized retaliatory tariffs on U.S. goods worth $16.6 billion, the government also announced a $2 billion in financial support for the Canadian steel and aluminum industries. The government will spend $25 million to extend work-sharing agreements so employers can avoid layoffs as revenues are squeezed, and another $50 million for people who lose their jobs so they can re-train and find new ones.

Everyday consumers are also affected. If your ketchup or orange juice or cucumbers come from south of the border, Ottawa’s tariff will likely knock up the price. The tariff for the consumer goods in Canada’s list is marked at 10 per cent. So unless you buy Canadian, you’ll likely pay slightly more for some American goods on your shopping list.

The larger issue is rising U.S. protectionism. Briefing notes to Finance Minister Bill Morneau this spring warned U.S. tariffs could lead to an escalating tit-for-tat response around the globe — which has already happened with retaliatory tariffs on U.S. goods from China and the European Union.

“This would unequivocally weigh on global and Canadian economic activity and business investment,” one of the notes said.

Why is this happening?

Well, there are two very different ways to answer that question.

First, the legal justification. The Trump administration invoked Section 232 of the Trade Expansion Act, which allows the president to adjust the import of certain goods on national security grounds.

(Note: This argument has been vigorously challenged by U.S. allies. It suggests that a country like Canada, which depends on the U.S. for our shared security, would for some reason stop selling steel and aluminum to America because … why, exactly, is not clear.)

The second justification is more of a political, tactical thing. U.S. Commerce Secretary Wilbur Ross explicitly said Canada and Mexico were being targeted with tariffs because the renegotiation of NAFTA was not proceeding as quickly as the U.S. would like. Ross also explicitly said if the Trump team gets what they want around the NAFTA negotiating table, Canada and Mexico would no longer be subjected to the tariffs.

It depends on what you’re hoping to achieve.

Plenty of experts believe that tariffs end up damaging the economies of both sides. That’s a good reason why they’ve largely fallen out of use in the modern world, before Trump came along. But they’re a tool to protect domestic industry from international competition (think Canada’s supply-managed dairy industry) that was frequently used before World War II.

But they also drive up costs, and the steel and aluminum tariffs in particular will probably cost a lot of Americans their jobs. The U.S. already tried steel and aluminum tariffs back in 2002 (Canada and about 80 other countries were exempted). The U.S. International Trade Commission estimate the tariffs actually cost the U.S. $30 million annually, while a report from steel-buying companies estimated they put 200,000 Americans out of work.

So they have real and significant consequences, even if they don’t “work” the way Trump promises they’ll work.

Whatever happened to free trade?

Trump has launched a multi-front trade war with basically all of America’s major allies, making good on the isolationist, anti-globalization “America First” rhetoric that catapulted him into the White House.

At the same time, renegotiations on Canada’s most important free trade agreement — NAFTA — have stalled. A deal isn’t expected until the end of the year, after the U.S. midterm elections, and who knows how those might change the balance of power.

Prolonged damage to the U.S. economy, which has been resurgent after the 2008 economic meltdown, may convince the president to reverse course. It is the economy, after all, stupid.

But maybe not! Who is really in a position to speculate about what Trump will do? We’re certainly not.